Most organizations today have adopted IT infrastructure automation tools and dynamic infrastructure platforms such as private or public clouds. However, the technology alone isn't enough to help IT respond quickly and reliably to changing opportunities and challenges. At worst they can lead to a "Sorcerer's Apprentice" situation, where the ability to rapidly spin up new infrastructure leads to a sprawl of poorly maintained systems.

Infrastructure as Code is an approach to managing infrastructure that leverages software engineering practices. Companies like Netflix, Facebook, and Etsy have pioneered a new generation of principles and practices for IT change management. IT teams who have adopted these ideas find that they can not only make changes far more frequently than they could with old ways of working, but they can actually increase the reliability, security and quality of their IT services.

Virtualization and cloud (IaaS, Infrastructure as a Service, in particular) have forced the need for automation of some kind. In the old days, the "Iron Age" of IT, infrastructure growth was limited by the hardware purchasing cycle. Since it would take weeks for a new server to arrive, there was little pressure to rapidly install and configure an operating system on it. We would slot a disc into the server and then follow our checklist. A few days later it would be ready to use.

But the ability to spin up new virtual machines (VMs) in minutes required us to get better at automating this process. Server image templates and cloning helped get us over the hump. But now we had a new problem. Because we could, assuming enough overall capacity, effortlessly spin up new VMs, we found ourselves with an ever-growing portfolio of servers. The need to keep a constantly growing and changing number of servers up to date and avoiding Configuration Drift spawned new tools.

Infrastructure as Code is born

CFengine, Puppet, and Chef established a new category of infrastructure automation tool that was quickly adopted by nimble organisations who were taking full advantage of IaaS cloud as it emerged. These organisations, whose IT was typically built around Agile and Lean mindsets, evolved "Infrastructure as Code" practices to manage their automated infrastructure.

The essence of Infrastructure as Code is to treat the configuration of systems the same way that software source code is treated. Source code management systems, Test Driven Development (TDD), Continuous Integration (CI), refactoring, and other XP practices are especially useful for making sure that changes to infrastructure are thoroughly tested, repeatable and transparent.

As more traditional organisations have adopted virtualization — generally on in-house infrastructure rather than public clouds — they've felt the same need for automation to manage their systems. But although some have explored the toolsets used by the early adopters, many turn to traditional vendors of so-called enterprise management toolsets, who have moved to adapt and rebrand their software to catch the latest waves in the industry ("Now with DevOps!")

The problem is that few of these toolsets are designed to support Infrastructure as Code. Yes, they automate things. Once you point and click your way through their GUI to create a server template, you can create identical instances to your heart's content. But when you go back and make tweaks to your template, you don't have a traceable, easily understood record of the change. You can't automatically trigger automatic testing of each change, using validation tools from multiple vendors, open source projects, and in-house groups.

In short, rather than using intensive, automatically enforced continuous change management, you're stuck with old-school, manual, "we'd do it more thoroughly if we had time" change management.

Infrastructure automation makes it possible to carry out actions repeatedly, across a large number of nodes. Infrastructure as code uses techniques, practices, and tools from software development to ensure those actions are thoroughly tested before being applied to business critical systems.

What to demand from your tools

Here are some guidelines for choosing configuration management tools that support Infrastructure as Code:

Without the ability to ensure that every change is quickly and easily tested as a matter of course, we're forced to rely on people to take the time to manually set up and run tests, even when they're under pressure. Without visibility and openness of configuration changes, we end up locked into the limited toolset of a single vendor, and deprive ourselves of a huge ecosystem of tools for managing software changes.

The defining characteristic of our move beyond the "Iron Age" and into the "Cloud Age" is that infrastructure can now be treated like software. We get the most value out of this shift when we bring effective software development practices along too, and take advantage of the growing ecosystem of tools designed to support the change,

An earlier version of this article originally appeared on Kief’s blog.

Getting into DevOps: Part 2 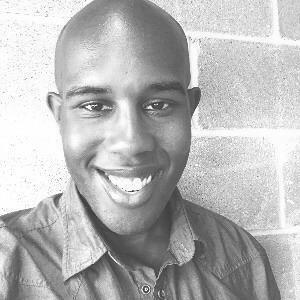 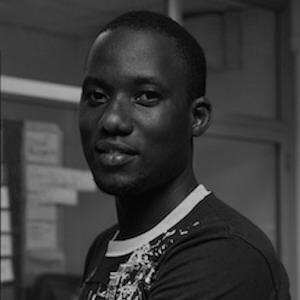 Getting into DevOps: Part 1