NoSQL what does it mean

What does NoSQL mean and how do you categorize these databases? NoSQL means Not Only SQL, implying that when designing a software solution or product, there are more than one storage mechanism that could be used based on the needs. NoSQL was a hashtag (#nosql) choosen for a meetup to discuss these new databases. The most important result of the rise of NoSQL is Polyglot Persistence. NoSQL does not have a prescriptive definition but we can make a set of common observations, such as:

There is also movement away from using databases as integration points in favor of encapsulating databases with applications and integrating using services.

The rise of the web as a platform also created a vital factor change in data storage as the need to support large volumes of data by running on clusters.

Relational databases were not designed to run efficiently on clusters.

Relational database modelling is vastly different than the types of data structures that application developers use. Using the data structures as modelled by the developers to solve different problem domains has given rise to movement away from relational modelling and towards aggregate models, most of this is driven by Domain Driven Design, a book by Eric Evans. An aggregate is a collection of data that we interact with as a unit. These units of data or aggregates form the boundaries for ACID operations with the database, Key-value, Document, and Column-family databases can all be seen as forms of aggregate-oriented database.

Aggregates make it easier for the database to manage data storage over clusters, since the unit of data now could reside on any machine and when retrieved from the database gets all the related data along with it. Aggregate-oriented databases work best when most data interaction is done with the same aggregate, for example when there is need to get an order and all its details, it better to store order as an aggregate object but dealing with these aggregates to get item details on all the orders is not elegant.

Aggregate-oriented databases make inter-aggregate relationships more difficult to handle than intra-aggregate relationships. Aggregate-ignorant databases are better when interactions use data organized in many different formations. Aggregate-oriented databases often compute materialized views to provide data organized differently from their primary aggregates. This is often done with map-reduce computations, such as a map-reduce job to get items sold per day.

Master-slave replication reduces the chance of update conflicts but peer-to-peer replication avoids loading all writes onto a single server creating a single point of failure. A system may use either or both techniques. Like Riak database shards the data and also replicates it based on the replication factor.

In a distributed system, managing consistency(C), availability(A) and partition toleration(P) is important, Eric Brewer put forth the CAP theorem which states that in any distributed system we can choose only two of consistency, availability or partition tolerance. Many NoSQL databases try to provide options where the developer has choices where they can tune the database as per their needs. For example if you consider Riak a distributed key-value database. There are essentially three variables r, w, n where

In a Riak cluster with 5 nodes, we can tweak the r,w,n values to make the system very consistent by setting r=5 and w=5 but now we have made the cluster susceptible to network partitions since any write will not be considered successful when any node is not responding. We can make the same cluster highly available for writes or reads by setting r=1 and w=1  but now consistency can be compromised since some nodes may not have the latest copy of the data. The CAP theorem states that if you get a network partition, you have to trade off availability of data versus consistency of data. Durability can also be traded off against latency, particularly if you want to survive failures with replicated data.

NoSQL databases provide developers lot of options to choose from and fine tune the system to their specific requirements.  Understanding the requirements of how the data is going to be consumed by the system, questions such as is it read heavy vs write heavy, is there a need to query data with random query parameters, will the system be able handle inconsistent data.

Understanding these requirements becomes much more important, for long we have been used to the default of  RDBMS which comes with a standard set of features no matter which product is chosen and there is no possibility of choosing some features over other. The availability of choice in NoSQL databases, is both good and bad at the same time. Good because now we have choice to design the system according to the requirements. Bad because now you have a choice and we have to make a good choice based on requirements and there is a chance where the same database product may be used properly or not used properly.

An example of feature provided by default in RDBMS is transactions, our development methods are so used to this feature that we have stopped thinking about what would happen when the database does not provide transactions. Most NoSQL databases do not provide transaction support by default, which means the developers have to think how to implement transactions, does every write have to have the safety of transactions or can the write be segregated into “critical that they succeed” and “its okay if I lose this write” categories. Sometimes deploying external transaction managers like ZooKeeper can also be a possibility.

NoSQL databases can broadly be categorized in four types.

Key-value stores are the simplest NoSQL data stores to use from an API perspective. The client can either get the value for the key, put a value for a key, or delete a key from the data store. The value is a blob that the data store just stores, without caring or knowing what's inside; it's the responsibility of the application to understand what was stored. Since key-value stores always use primary-key access, they generally have great performance and can be easily scaled.

Some of the popular key-value databases are Riak, Redis (often referred to as Data Structure server), Memcached and its flavors, Berkeley DB, upscaledb (especially suited for embedded use), Amazon DynamoDB (not open-source), Project Voldemort and Couchbase.

All key-value databases are not the same, there are major differences between these products, for example: Memcached data is not persistent while in Riak it is, these features are important when implementing certain solutions. Lets consider we need to implement caching of user preferences, implementing them in memcached means when the node goes down all the data is lost and needs to be refreshed from source system, if we store the same data in Riak we may not need to worry about losing data but we must also consider how to update stale data. Its important to not only choose a key-value database based on your requirements, it's also important to choose which key-value database.

Some of the popular document databases we have seen are MongoDB, CouchDB , Terrastore, OrientDB, RavenDB, and of course the well-known and often reviled Lotus Notes that uses document storage.

Column-family databases store data in column families as rows that have many columns associated with a row key (Figure 10.1). Column families are groups of related data that is often accessed together. For a Customer, we would often access their Profile information at the same time, but not their Orders.

Each column family can be compared to a container of rows in an RDBMS table where the key identifies the row and the row consists of multiple columns. The difference is that various rows do not have to have the same columns, and columns can be added to any row at any time without having to add it to other rows.

Cassandra is one of the popular column-family databases; there are others, such as HBase, Hypertable, and Amazon DynamoDB. Cassandra can be described as fast and easily scalable with write operations spread across the cluster. The cluster does not have a master node, so any read and write can be handled by any node in the cluster.

Graph databases allow you to store entities and relationships between these entities. Entities are also known as nodes, which have properties. Think of a node as an instance of an object in the application. Relations are known as edges that can have properties. Edges have directional significance; nodes are organized by relationships which allow you to find interesting patterns between the nodes. The organization of the graph lets the data to be stored once and then interpreted in different ways based on relationships.

Usually, when we store a graph-like structure in RDBMS, it's for a single type of relationship ("who is my manager" is a common example). Adding another relationship to the mix usually means a lot of schema changes and data movement, which is not the case when we are using graph databases. Similarly, in relational databases we model the graph beforehand based on the Traversal we want; if the Traversal changes, the data will have to change.

There are many graph databases available, such as Neo4J, Infinite Graph, OrientDB, or FlockDB (which is a special case: a graph database that only supports single-depth relationships or adjacency lists, where you cannot traverse more than one level deep for relationships).

It's essential to test your expectations about programmer productivity and/or performance before committing to using a NoSQL technology. Since most of the NoSQL databases are open source, testing them is a simple matter of downloading these products and setting up a test environment.

Even if NoSQL cannot be used as of now, designing the system using service encapsulation supports changing data storage technologies as needs and technology evolve. Separating parts of applications into services also allows you to introduce NoSQL into an existing application.

Given so much choice, how do we choose which NoSQL database? As described much depends on the system requirements, here are some general guidelines:

All NoSQL databases claim to be schema-less, which means there is no schema enforced by the database themselves. Databases with strong schemas, such as relational databases, can be migrated by saving each schema change, plus its data migration, in a version-controlled sequence. Schema-less databases still need careful migration due to the implicit schema in any code that accesses the data.

For more details, read NoSQL Distilled: A Brief Guide to the Emerging World of Polyglot Persistence by Pramod Sadalage and Martin Fowler. 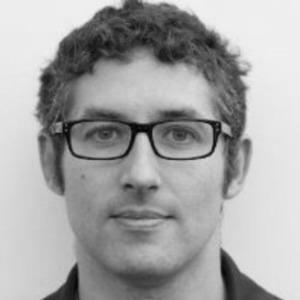 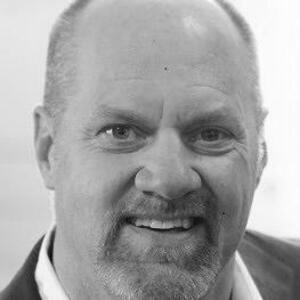