[Career Pathways] I wasn’t always interested in tech, but I was up for a challenge.

In our new series ‘Career Pathways’, we’ll share inspiring, real-life stories from our ThoughtWorkers based in Australia on how they began their careers in technology, their learnings, and how their journey at ThoughtWorks has continued to enable their career as technologists.

Tell us one fun fact about yourself.

I enjoy playing with my kids. Particularly the really simple outdoor games like playing dodgeball, playing in the rain and rolling down hills: that's my favourite.

What was your pathway into a Tech career?

I wasn’t always interested in tech; the first time I worked on a computer was after high school, and that was learning Microsoft utility packages.

However, while trying to decide what course to study at university in a different country, a friend of mine told me about a course that was apparently really hard and involved a lot of mathematics. Also students, particularly from my country, were failing because of the knowledge gap between the mathematics we studied at the highest level in my home country and the expected level in the country I was attending university in. But I liked the idea of a challenge, and it was at that point that I decided this was the course I would pursue. So that’s how I went on to study Computer Science.

I started out as a Developer when I was hired in our ThoughtWorks Uganda office and continued in the same role for 2 years until I was transferred to the Australia office.

One time when I was in between projects, that is, on the “beach”, I was asked if I’d be interested in doing a Quality Assurance (QA) role to which I happily agreed to. On a separate occasion, I got to carry out Project Manager (PM) activities on a project because the actual PM was only working a couple of days a week after returning from maternity leave.

I have to say though, that the most fulfilling role I’ve ever been in was as a Trainer at ThoughtWorks University in India. I got the opportunity to not only teach people how to write good software but also be there for them as they're making a big life decision to become a technologist.

I also had the rare opportunity to be a training course designer. I was part of a very interesting redesign for the ThoughtWorks University curriculum which had been the same for five years and it had come to a point where we needed to evolve and train current industry relevant curriculum.

Redesigning the curriculum involved thinking outside the box and although we couldn’t do a complete overhaul, we had to think about what we were teaching them that wasn’t necessary. It’s still a gradual process but I’m glad that I was there for the beginning of the process to make sure that, for example, we use the technology we have to distinguish between the content they can utilise before they join ThoughtWorks University and after they leave the program.

What are you working on at the moment?

I have been part of a team working to replatform a legacy system to a microservices architecture, having an Angular front-end, kotlin back-end. The back-end was events-driven with a publisher/subscriber model using atom feeds. It was events driven architecture where we were able to take a very complex domain which had many rules to package it to a modern platform.

This system deals with the tertiary courses application process. In this project, there was a lot of back-end heavy lifting and logic involved, and that's where I thrive.

A lot of the information we needed to be able to replace the system that had been operational for 20+ years was in people's heads. So it was interesting to retrieve all that contextual information from different business and technology sources.

What I learned is that technology is not the hardest part of a software project; understanding the business problem and creating a working solution is, and also the most important aspect, of any project. Once we get that first part right then it’s easier for the technology to complement the process. It was a complex domain with really interesting work and at the end of it all, it was worth it to see the fruits of our hard work.

How has your technical expertise evolved or matured throughout your career?

In the beginning, when thinking about development, I thought about a certain tech stack and it was very much about understanding it very well, which is important when you’re starting your career. At the time, I wanted to understand at least one particular technology in depth, which, come to think of it, I rarely use now.

Now when I have to learn or use a different technology, I use my understanding of general concepts of how things are done and how I can apply these concepts in the new technology. In some companies, you’ll find that their standard technologies are Java or Angular, and that’s fine. However, every now and then as a consultant you’re required to work with different clients, technologies or companies every few months, where you’ll find a new technology that requires you to adapt.

So as I grow in my career, I've learnt about different concepts and now I’m able to move from one to another more easily. On the one hand, it's good because you pick up new things, on the other hand, it’s frustrating because just as you’re getting accustomed to a new technology, suddenly it’s time to learn a new one.

Ultimately, coming to understand the depth and eventually breadth of many concepts has helped me gain a concrete understanding of all these technologies and apply them to different scenarios.

What are you most proud of in your career so far?

Graduating from ThoughtWorks University which is a graduate entry program that includes a five week immersion course. I was fortunate enough to undergo this training after joining the company. As I left, I promised myself that I would go back as a trainer to pay forward the benefits that I got there.

Almost five years after that, I got the opportunity to return as a trainer, and this has been the highlight of my career. It was a unique and humbling experience to be a part of a team that shaped the career of the trainees.

What unique opportunities do technologists have when it comes to advocating for positive and social change?

Being a person of color and living in a country where you’re the minority always makes me think about how I can contribute. I’m so proud that ThoughtWorks encourages ThoughtWorkers to identify opportunities to give back to the society.

I have to say that the most important technology contribution I’ve made that's been closest to my heart was when I was still in Uganda; I was part of an open source project RapidFTR which was created to reunite children with their parents during a war. It was also used when there was an earthquake in the Philippines. As a mother myself, it was so fulfilling to see those children reunited with their families.

What is the one trend in recent technology that has captured your interest the most?

The way I see it, it’s not just about technology. I think for a business to succeed, we need to work to ensure that technology is part of the business and the people, who actually make the business. We need to strive to make technology work for the business; whether it’s through using the data that we have or using agile methodologies that are working.

This is something which is close to my heart because as much as I enjoy developing, I also enjoy mentoring people and exploring how we can set them in ways that bring these aspects together and not in silos. I feel like the conversations are changing in the boardroom. Once upon a time, agile transformation was left to technology teams to handle. However, now, businesses are starting to understand that software is at the centre of the business, especially with how many organisations have had to adapt after the pandemic.

What’s the best advice you’ve been given?

Preparation is key. One of my mentors explained that when you’re at a client site as a consultant or anywhere else for that matter, you have to really understand what you’re trying to achieve and prepare beforehand.

What's next for your career?

I really enjoy working with people and businesses. Although I don’t exactly know what comes next, I know that I enjoy being in the intersection, where there’s often plenty of opportunity to grow technology,  influence the business and help people to become better versions of themselves. That's the future I see for myself but who knows? The sky's the limit.

[Career Pathways] Embracing discomfort is the best way to grow 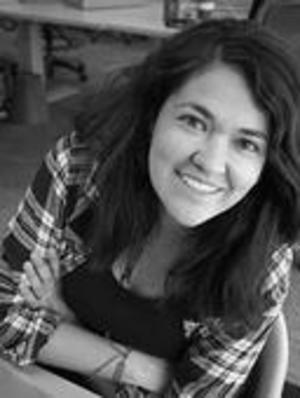 [Career Pathways] Everyone in my family is a doctor, except me. 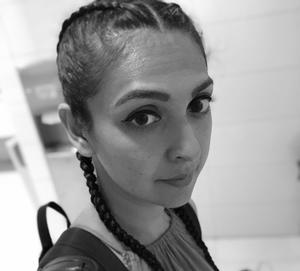 [Career Pathways] I fell in love with programming as a teenager. Today I am a software engineer. 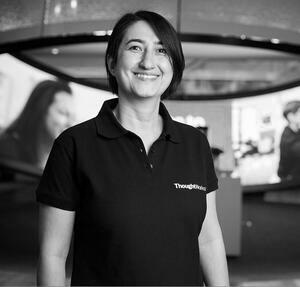