The first words you see when you land on ThoughtWorks.com are 'prepare for the unpredictable'.  We help companies embrace the new norm of uncertainty and change.  The energy sector sits on the cusp of a Business Model Innovation, only magnified by the Covid-19 crisis.  Industry players need to get ahead of the wave, or be swamped by it.

This is the first in a short series of blogs to explore this in some more depth.  It’s written from a UK perspective, but with a global outlook. This first blog describes 7 D's driving change; the second looks at 6 C's holding them back; the third shares ideas on what to do about it.

People in the electricity and power sector have long been used to talking about the '3 D's'; sometimes extended to 4 or 5 D's.  Why stop there?  I’m calling out 7 D's, and extending their relevance across the wider energy sector, even though that’s not the end of it...

Digitalisation is the first change driver, common across all industries. Nothing new or surprising here.  One thing to highlight is that building tech capability alone is not enough; it’s critical for the organisational culture to evolve in tandem. Energy is especially ripe for the convergence of big data and intelligent empowerment together with the Internet of things.

In the UK, we’re approaching a national target of 50 million+ smart meters installed. The UK’s National Grid expects that by 2050 well over 2.8 trillion data points will be collected each year for EV charging alone; "The complexity of the whole system is increasing, but so is the ability of data and technology to understand and manage this complexity ". Successfully harnessing the technology and data will mean the difference between growth or obsolescence.

Decarbonisation is the prime mover for energy change.  Sustainability demands fundamental changes in how we generate and use energy.  Now, from a financial perspective too, a levelized cost analysis for new investment will increasingly favour renewables over oil and gas.   Decarbonisation is driving another structural shift in the form of ‘electrification’.  Today, roughly half the oil and gas consumed in the UK each year goes toward gas-fired heating and combustion-motor transport, which are not readily replaced by renewable sources.  So not only do we need more renewable electricity, we also need to move to electric heating (heat pumps) and electric transport (EVs), both big shifts in themselves.

Decentralisation (or distributed generation) flows from decarbonisation. This is most evident in power generation, shifting from big centralised coal- or gas-fired power plants, to smaller wind turbines and solar panels spread across the country.  The power grid was designed to push electrons one-way, out from power plants down high-voltage transmission lines, then via regional distribution networks through to metered connections.  Allowing electricity to be fed back into the grid - ideally anytime at any point across these networks - involves more than a bit of local rewiring.

There are interesting upstream parallels too.  Oil and gas production seemed to be moving to ever-larger and deeper offshore rigs, till technology enabled the 'shale gas revolution' with its smaller distributed onshore wells (incidentally propelling the US to becoming the world’s largest oil and gas producer in 2019).  This has also created pressures on pre-existing distribution chains, such as matching the new production to storage and refining capacities (contributing to the first ever negative oil prices with the impact of Covid-19 in April 2020).

A decentralised system in turn drives a more dynamic system.  This is typified by electricity networks, which are a continuous high-wire balancing act where power frequency must be maintained within a very narrow band of tolerance; or fail into blackouts.

With renewable generation thrown into the mix - both intermittent and unpredictable - this balancing act gets much more challenging.  One important tool to meet that challenge is demand-side management.  Whether you call it distributed energy resources management (DER) or demand-side response (DSR), it means building platforms and capabilities to monitor and control disparate and dispersed equipment in order to optimise energy use and help balance the grid.  So, for example, if supply drops, it could mean simultaneously switching off thousands (even millions) of fridges, heaters or other home appliances. Or making the most of existing battery systems, instead of the grid, and even using connected electric vehicles as temporary two-way power buffers.

Linking connected systems to act in concert is where digitalisation really plays a key role.  At a more macro level, the Covid-19 crisis has shown how energy demand can shift globally, with plenty of speculation whether this could mark a longer-lasting change in consumption patterns, as people realise they perhaps don’t need to travel as much.

Democratisation is the next step in the revolution.  Energy has often felt like the preserve of monopolies (think state power utilities and national oil companies) and/or oligopolies (cartels, oil majors, energy suppliers).  In many places this has been eroded by deregulation; especially de-coupling customer supply from energy infrastructure (e.g. gas pipes and power lines).

In the UK, for example, with regulatory focus on improving consumer choice - and ease of switching - among energy suppliers, what used to be the 'Big 6' currently looks more like the 'Mixed 60'.  Likewise, there’s been a proliferation of new commercial models and offerings, such as: internet-only, green-energy, pre-pay, dynamic-tariffs etc.  This alone shifts market power from suppliers to consumers, now readily able to vote with their wallets.  However, it’s accompanied by a deeper shift; from consumers to prosumers (borrowing tech terminology).

For example, between 2010 to 2019 (when the UK Feed-in-Tariff was active) over 6GW of renewable generation capacity was installed across more than 800,000 UK sites.  Every one of these sites is no longer just consuming but now also generating electricity and exporting it back into the power grid.  Studies estimate that 83% of European citizens could be active participants in the energy sector by 2050.  The key point here is that energy prosumers are much more informed, interested and invested in how energy is generated and distributed.

All this creates a very real risk to incumbents of disintermediation; being cut out of the loop.  “If I can generate and store my own energy for when I need it, then why depend on an energy company? Even if it costs slightly more, at least I’d control my own destiny. I could even band together with my neighbours in a community scheme...”. In a 2019 survey by Accenture, 95% of energy executives saw an increasing risk of energy consumers going 'off-grid' (and only using the public grid as a back-up).

A 2016 study found that three quarters of local authorities in the UK were looking at governing electricity locally.  As Kate Raworth highlights, blockchain technology is already being applied to track renewable generation and consumption across transactive microgrids and community energy service companies (ESCos).  Altogether, this puts the role of gas and power suppliers in question. The electrification of transport and heating, not to mention a possible shift to hydrogen, threatens the same for global energy producers.

All this adds up to fundamental disruption for the energy industry, even before factoring in newly developing tech and players.  In fact, the disruption is well under way.  Even some of the largest incumbents with the most at stake - notably BP and Shell - have now openly refocused their strategy towards a ‘net-zero’ future.  Will they - and other actors - succeed in keeping a central role in the future of the industry?  While it’s plain the global energy landscape is changing, it’s far from clear what it will end up looking like.  And incumbent energy players face particular challenges in adapting to this shifting landscape... 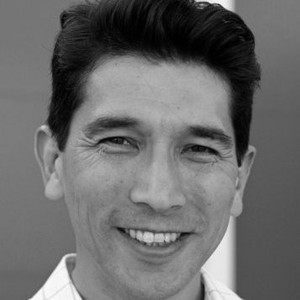 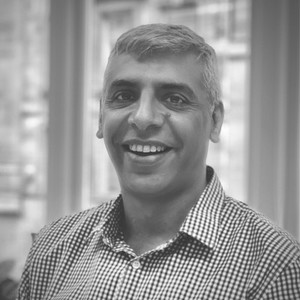 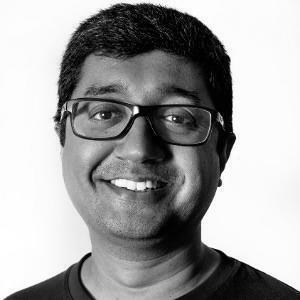