When it comes to campaigning for a change, it can be difficult to create the momentum needed to make a difference. Unless we are fortunate enough to be in a position of power or influence, we can struggle to make ourselves heard or to see any real progress towards our goal.

Grassroots activism is about mobilizing a group of people, who are passionate about a cause and harnessing the power of their conviction to push for a different outcome. This kind of movement relies on individuals who are willing to drive the change that they are concerned about from the ground-up. Often, the cause is something very personal and takes place in the activist’s own community.

This type of advocacy has many challenges. Organisations can struggle to collate support from diverse donor sources. The activists in question may be geographically distributed, or have skill gaps that are difficult to fill. Despite these challenges, campaigns are surprisingly effective. In political history, we have seen grassroots successes within the American civil rights movement, and the 1980s German peace movement, among countless others.

But it’s not just politics where we can make a difference: it’s our workplaces too. The modern era has seen this become an increasingly popular method for organizations to create employee-driven change both internally and in the public policy sphere.

At ThoughtWorks, we take our mission for social and economic justice very seriously. We work with a variety of clients and social movements, to help make our industry, and more broadly, our world, a safer, more accepting place.

Alongside supporting external movements and communities, our leaders continually re-evaluate our internal diversity and inclusivity goals, taking action to maintain our position as a home for all technologists. However, the drivers of change go way beyond leadership; our consultants and operational employees are equally passionate about being involved.

Education is the backbone of any grassroots campaign as people cannot participate in something that they do not understand. It is important therefore to raise awareness of an issue and to communicate effectively why it is such a concern. A higher level of visibility garners more support, and information is power for followers who want to be able to advocate for themselves, increasing the collective impact of the group.

In ThoughtWorks Brazil, a Gender Justice group was established to create a focus on equality, and to ensure that we are mindful internally when it comes to diversity. This group evolved from just a few people in Porto Alegre, gradually expanding across all of our South America offices, with weekly meetings to promote justice among genders. The groups meet regularly to plan educational activities for our people, running training on sexism in the workplace, as well as developing additional material around feminism, patriarchy, and other equality concerns.

One of their more recent initiatives involved challenging the Leadership Team to undertake ‘The Privilege Walk’. This powerful exercise highlights how power and privilege can impact people’s lives, without them even realizing, benefiting some, but marginalizing others. The activity was so eye-opening, that the team decided to incorporate it into the new hire onboarding process for the entire region, to raise awareness and set the cultural tone for all ThoughtWorkers in Brazil.

Being armed with quantitative data to support your campaign is crucial. Those in positions of influence want to know that you have done your homework, and have analyzed the impact of the cause you are campaigning for. However, statistics alone are not necessarily enough to drive a permanent change. Sharing a personal story about how you, or someone you care about, has been affected can really help bring those numbers to life. To move someone to action, we must capitalize on the human element, and connect through the heart as well as the head.

In Australia, our parental policies got an overhaul, when a mother-to-be challenged the status-quo whilst investigating her upcoming maternity eligibility. She realized that our current policy, though generous, wasn’t as competitive as some of the others available in the Australian market. The policy was intended as a top-up to the Government benefit, whereas other organizations provided benefits in-addition to statutory payments. She began to conduct some research to understand the implications of the policy on her own situation.

Armed with both Government and Market knowledge, she approached a trusted member of the Leadership Team, who then championed her to present the information to the wider team. Despite her reservations about how her appeal would be perceived due to her own circumstances, her detailed research, and her voice of authority for the cause made everyone sit up and pay attention.

"I wanted to share my discovery, but I was very nervous, and I certainly didn’t want it to come across as a self-serving exercise because I was pregnant myself. I waited until my last week of work before presenting my findings, so that it was future mothers who would be more likely to benefit from any changes made. I was surprised and grateful for the supportive response that I received.’

Just 12 weeks into her maternity leave, she received a call to let her know that the entire policy had been reviewed, and was being updated to now provide 18 weeks of maternity leave, on top of the standard Government benefit. More than this, the change was to be backdated to anyone who had already been on maternity leave with the current policy, and the waiting time for any new joiners to be eligible for maternity leave was removed.

Create a platform for discussion and support

An advocacy campaign cannot progress without support. For most social movements, this involves fortification from the ground up, from a community of like-minded advocates. To create a successful campaign we must engage the masses, giving people a safe forum to become involved, and generating the debate that we hope will influence decision makers.

In our North America offices, a group of employees was very concerned about the reality of Climate Change. They created a working group in their off hours and used it to advocate for internal change towards sustainability and to channel technology sector support for public climate activism.

The campaign caught on, sparking a global climate awareness initiative within ThoughtWorks, with local groups organized in India, Europe, and South and North America. With strong internal backing, the initiative was able to actively support well-known climate organizations as 350.org, the People’s Climate Movement, ClimateAction.Tech and the Global Alliance for Incinerator Alternatives.

In Australia and the US, ThoughtWorkers have begun to pursue a number of experimental opportunities in the ‘clean tech’ industry. Using our domain knowledge and technical skills, we have been able to involve ourselves in impactful projects in energy grid operations, renewable technology integration, and power storage.

Internal discussions have also resulted in changes within ThoughtWorks own operations. North American employees now have a fossil fuel-free allocation option in their pension portfolios. A global ‘Green Office Challenge’ saw employees revamping their internal offices to reduce carbon footprint, and there have been film screenings and public presentations on climate change across the company to raise awareness and provide an opportunity to discuss the amplification of climate justice efforts.

The power of the grassroots movement then lies simply in the will and passion of the people who represent it. Personally motivated, these people bring an unrestrained enthusiasm that can carry a motion through the challenges that typically accompany change.

In addition, access to digital communication channels, including social media, means that these groups can mobilize a huge number of their membership base at speed, in a way that was never imagined in the past. Campaigns can go viral, increasing the number of people involved, and forcing the powers-that-be to sit up and take notice.

With these principles in mind, anyone, from any walk of life can make a real difference to their own situation, and beyond. The individual is more powerful than ever, making it the prime time to get started and make that change.
Blogs relacionados
Hacks Para Tu Carrera

Social responsibility that goes beyond CSR 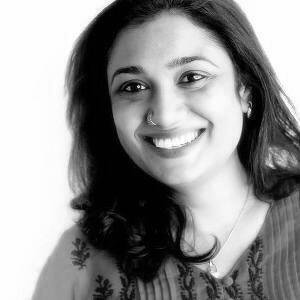 Bringing Technical Women Back to Work 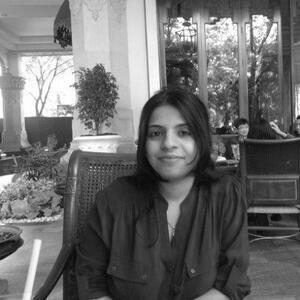 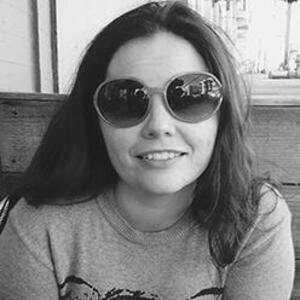