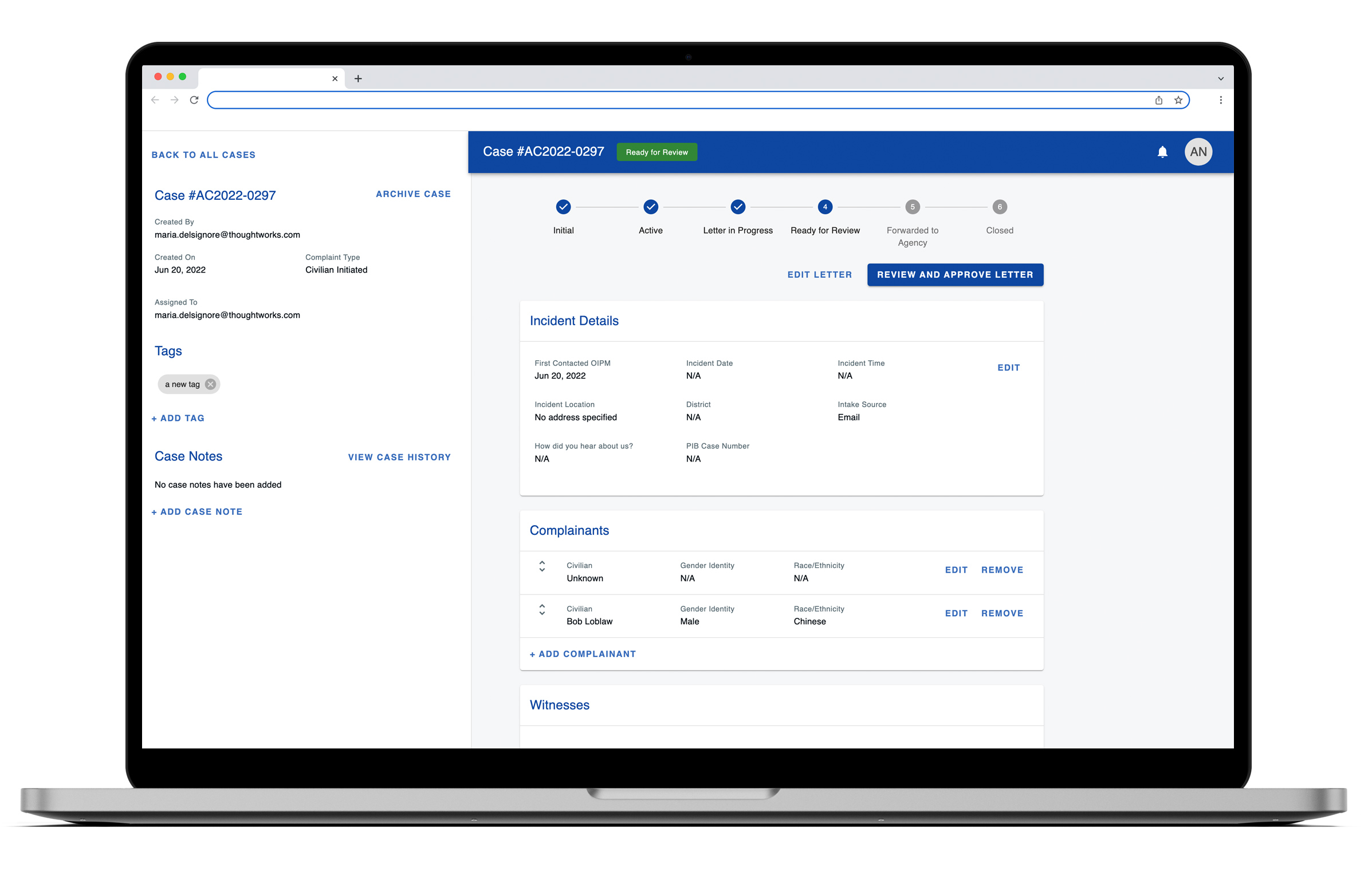 Police misconduct can cause significant harm to communities across the world. If accountability is key to prevention, then civilian oversight of police is critical to accountability. Civilian oversight agencies and boards work with both complainants and police departments to investigate allegations of misconduct and other critical incidents. In response to the imbalance of resources between civilian oversight agencies and police departments, Thoughtworks and Public Data Works collaborated with the Office of the Independent Police Monitor in New Orleans to build Complaint Manager, an open-source tool to gather and analyze reported misconduct data.

Complaint Manager helps to efficiently intake complaints and coordinate with police investigators while automatically generating a public-facing data dashboard. With greater data and technology capabilities, these organizations can work with local police departments toward the common goals of public safety and police accountability.

Complaint Manager works to improve the complaint intake process, generates workflow efficiency, helps discover relevant trends and patterns for recommending both policy and practice adjustments and creates a public dashboard of the data for transparency.

The New Orleans Office of the Independent Police Monitor (NOIPM) currently uses Complaint Manager with demonstrable improvements to their workflow, data management capacity, consistency, ability to draw insights from their data and ability to make evidence-based arguments to advocate for policy change and justice. Complaint Manager has wholly transformed the workflow and influence the NOIPM has on the City of New Orleans. 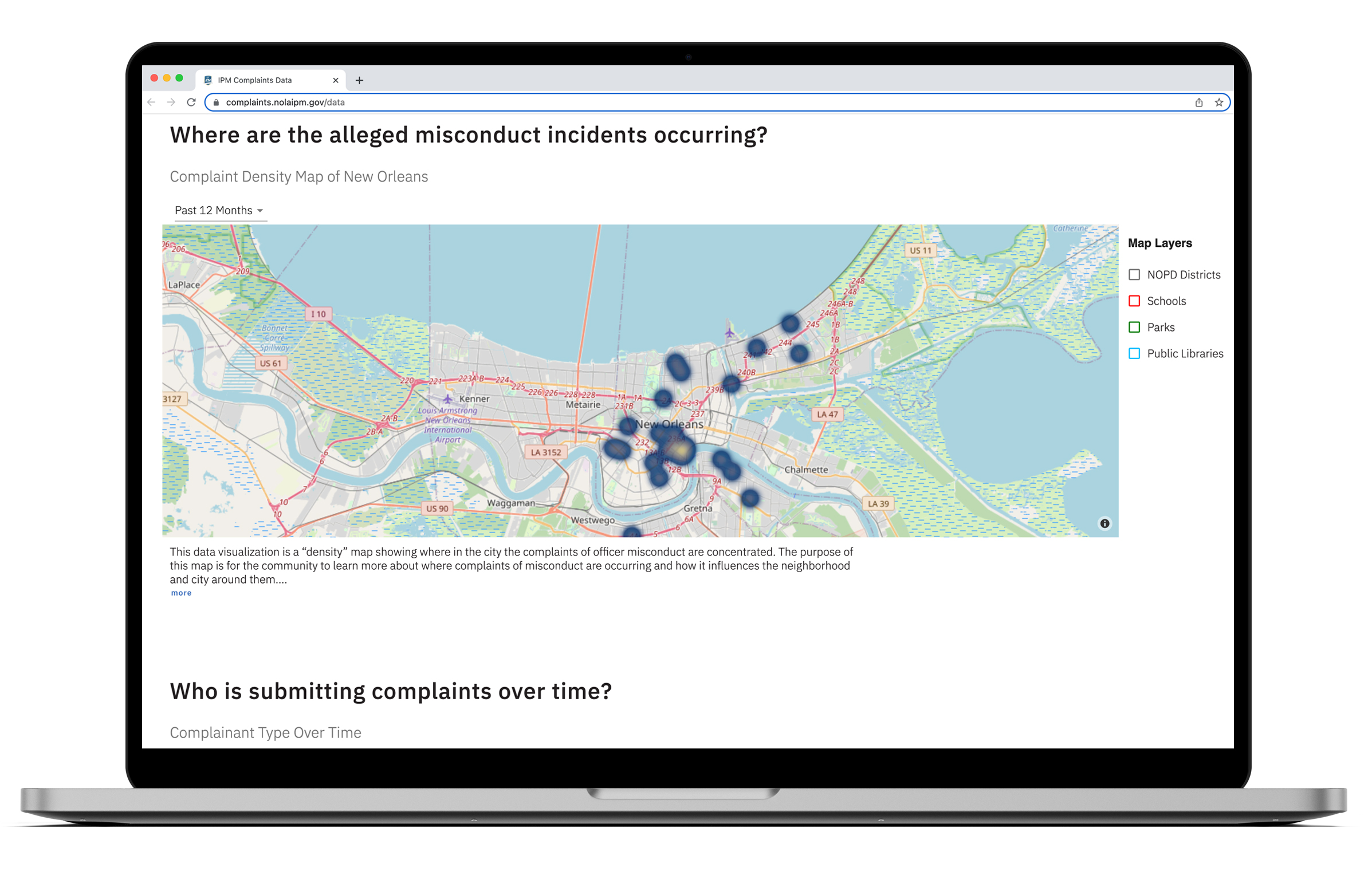 Before this, we were reliant on separate Word documents for each complaint and the tacit knowledge needed by our employees to keep quality and consistency. With this product, every case is consistent and comprehensive thanks to the tool guiding the user through the process.

The design of Complaint Manager gives police oversight organizations meaningful insights through a simple system. Here are just a few benefits of this tool:

Contact us today if you're ready to learn more about Complaint Manager.

Let's talk about your next project