Pineapple on pizza is the worst

A weed, as any gardener knows, is just a plant that sprouts where the grower doesn’t want it. It isn't inherently bad or harmful, it just belongs in a different ecosystem. The same can be said of unsolicited online content, and even of that most contentious of domestic invaders - pineapple on pizza.

The wilderness of the internet, blasting uncensored TikToks into the hands of kids seeking Minecraft textures and political misinformation onto Facebook users catching up with high school frenemies, isn't an accident.

"The term wilderness is not only inaccurate, the notion that wilderness carries, which is the absence of people, is dehumanizing", says Dr. Michael Fletcher, a  paleontologist and geographer at the University of Melbourne. Dr Fletcher's latest paper refers to erasure of Indigenous people's longstanding custodianship of land, but the point of intended cultivation stands. Just because a person might not have gone seeking a particular kind of content, doesn't mean that content wasn't carefully created for a clear and specific purpose. Each user has a right to the content they desire, as long as it doesn’t harm others. The humble pineapple on pizza is, after all, just food on top of other food.

And that's one of the biggest issues of managing user generated content - how to surface asked-for matter without including creeping invasive species.

What parameters indicate which content is invasive, if each genus has its place? Can we solve that with automated observability, checking each image for hidden layers? If current efforts in AI are any indication, not yet. It’s not unusual for a tweet referencing a vanilla AI algorithm to be classified under the topic of ‘baking’: 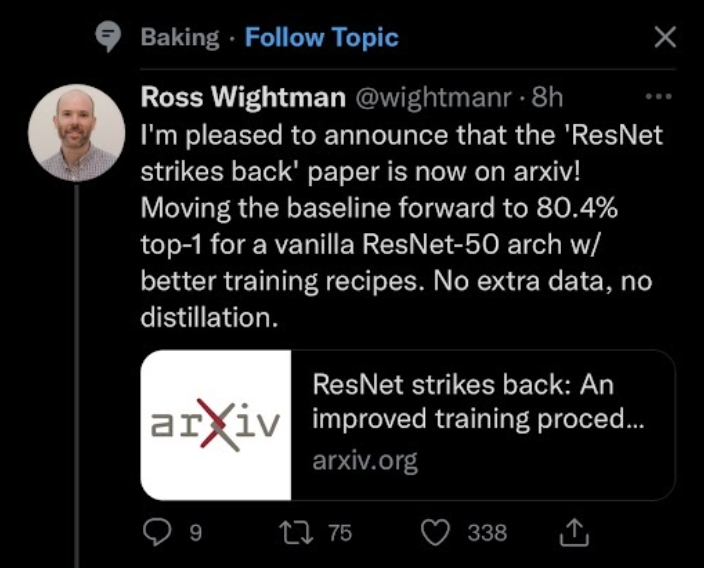 Maybe the answer is interoperability - if users could access the family WhatsApp group through their spam-filtered email environment, would that protect them from entering the Facebook marketplace?

Either way, these social problems require technological solutions, and pesticide resistance isn’t to be taken lightly. If you’d like to know more, get in touch.

Want to unlock your data potential?