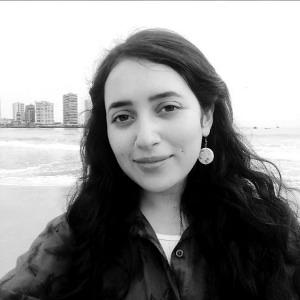 Also known as Maca (much easier to pronounce, it’s also my middle name’s nickname). At the age of 5 I got my first computer. It was a real privilege, a gift from and aunt, since my family couldn't afford one. It was one of the first personal computers in my town, so given the context I felt the need of making the most of it. Ever since then, I got interested in customizing websites with HTML, then, in making my own software to make my life easier, however, I didn’t had the tools to do so. When the time to choose a career came, I certainly choose IT.

I went to Universidad del Bío-Bío in Chillán, Chile, and graduate as a Civil Engineer in IT (in the female form of engineer in spanish, yay!). Three months later I found Thoughtworks, which values were my own. I got hired and went to Pune, India thanks to Thoughtworks University program and ever since then I’ve learned so much, and haven’t stopped.

My interests as a developer are mainly mobile and augmented reality. I’m still investigating what I want in my career, since XD or UX seem very appealing to me. One of my biggest passions is to fight for climate change, animal rights and gender justice. I’m a person with strong ideals, and I strive to make the best version of myself and give the best to this company and my wonderful coworkers.