EpiRust is an open-source, fast, agent-based simulation framework to model epidemics in large-scale cities. Using this framework, researchers can model diseases like smallpox, H1N1 and now COVID-19. A researcher can simulate a disease model for a city with a population of up to a few million agents using commodity hardware like laptops and desktops.

To analyze and predict a pandemic such as COVID-19's behavior is a complex task. Pandemics are rare and have few historical references. The last pandemic that is similar to what is happening now, occurred over a century ago and that era's data is so thin and barely useful. Additionally, every pandemic could have numerous unique and local characteristics – based on demographics, local climate and the disease itself.

As a pandemic starts unfolding, public health policy makers have limited time to assess the risk and prepare a response strategy. Such a response strategy must adapt to an evolving situation, involve various what-if and if-what scenarios.

Historically, policy makers relied on their own experience, skills and imagination to describe these scenarios. Such descriptions were often implicit and informal. Today, computer simulations help bridge this gap and aid in the development of response strategies. They perform what-if experiments to understand the spread of new pathogens and optimize interventions based on available resources. The success of such simulations lies in the right choice of modeling approaches and their scale.

Our simulation allows a researcher to introduce a pathogen into a virtual society and observe the disease’s spread under various circumstances – when people go to work, under lockdowns and so on. 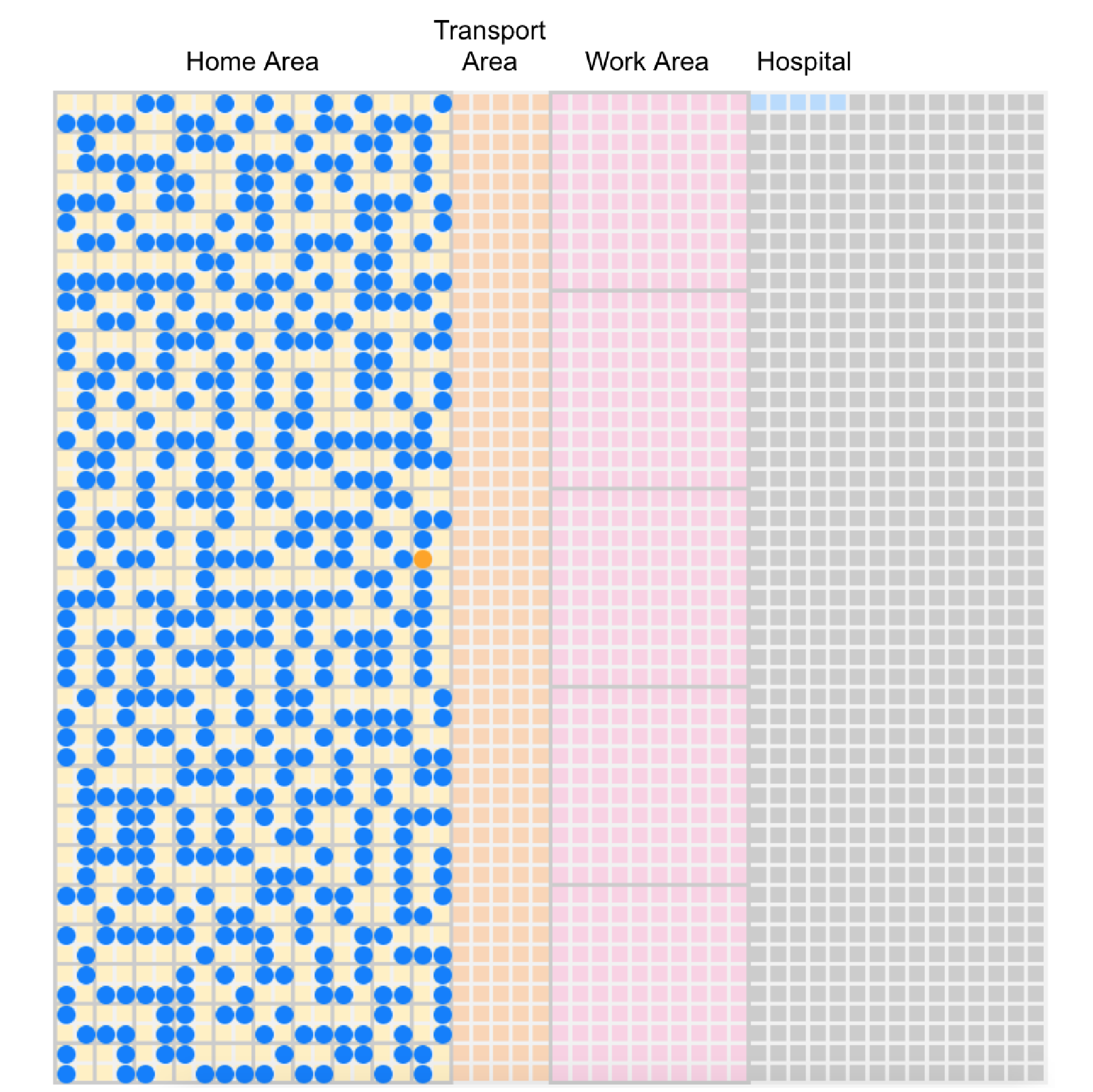 EpiRust follows a minimalist approach for modeling an epidemic in a virtual society along four main aspects – population, geography, disease and interventions.

Population - an agent represents a person in a population. Agents are heterogeneous along two attributes namely work status (via working and non-working) and transport preference for office commute (via public transport and private transport). A fraction of the working population can be configured as the essential workers whose services are available even when the other agents have restrictions on their movements.

Geography - the EpiRust model mimics the geography of a minimalist city and represents it as a grid with various planned functional areas for homes, workplaces and transportation.

Interventions - interventions play a key role in devising policies to reduce and eventually to stop the spread of an epidemic. EpiRust has support for three interventions namely isolation via hospitalization, lockdown of the city and mass vaccination.

For more on EpiRust, read the paper here.

We are committed to Open Source