We’ve all filled out those fields on forms - First name, Last name, Address, Gender - without thinking about the information.

Imagine what it is like not to be able to put the right information down. It’s like you’re a Cat, and the options are Dog and Penguin - there is not only no option to identify as yourself, the two options you’re given don’t reflect you at all.

When someone makes the small change to include you and your gender, that is a big thing for the gender non-binary customer. The appearance (or not) of a gender option can completely change their engagement with a brand. How many times have you signed up for the coolest hip start-up, and been asked your gender? How many of those gave an option beyond the binary? Imagine what you could do with a cohort of customers who are enthusiastic about your brand, active on social media, and engaged with brands.

Why care so much about Gender?

These changes that need to be made to be truly inclusive are quite small, but they have a big impact. The percentage of the population which identifies outside of the Gender Binary is growing, some 36% of people under 25’s know someone who identifies as non-binary [see Generation Z report from J. Walter Thompson Intelligence]. This group may be small in number, but if you are on the leading edge and show that you cater to them, they become engaged with your brand.

Gender is a social construct. Based on looking at genitalia at birth (or before) we assign characteristics, purchase toys and clothes, and define acceptable behaviour to a person.

How do you make room for other options?

Firstly, why are you asking about Gender?

Is it to address someone with the correct pronoun?
If you want to personalize your marketing material with “he” or “she”, ask for the person’s preferred pronoun. Do not infer it from their gender.

Is it to choose their title?
If we want to move beyond “Sir/Madam”, there are several options. Allow the choice of a formal title, and use Title [Surname] to address a letter. This can sound very formal, and may be off putting.

The list of titles can be overwhelming, although a simplified version with radio buttons and options for Mr, Mrs, Miss, Ms, Mx, Other (free text) will cover all eventualities with minimal fuss. It has also become quite acceptable to use Hi [First Name] in most correspondence.

Why ask about pronouns?
First, understand that some people may use more than one pronoun. As an example, Rowan uses both ‘She’ and ‘They’ pronouns. They use 'she' because that’s how many people guess their pronoun at first glance. She also uses 'they' because she tends to use more gender neutral language.

There are some people who use a mix of ‘he’ and ‘she’ as a pronoun, swapping fluidly between the two.

Most people might use one. But again, giving people the chance to correctly identify their pronouns is seemingly a small thing, but might feel like a big thing for the customer when you can do it right.

In practice, how can you ask this question?
Asking pronouns online is much the same as in face to face meetings. Keep it simple and unobtrusive -“Which pronoun do you prefer?”.

The options we use within ThoughtWorks are tick boxes for the most common (He, She and They) as people can use one or more than one, and a free text box that can cater to anyone who selects “Other”, which means people using ‘Zie’, ‘Hir’, ‘It’, and other pronouns.

Don’t make pronouns a radio button because people will use more than one.

If you have people selecting multiple pronouns, either use them both alternating, as we did when talking about Rowan, switching between ‘she’ and ‘they’, or use ‘they” as a default. This may be complex to to implement in systems, but wins over customer loyalty and satisfaction when done right.

Writing in a gender neutral fashion by using ‘they’ in the singular is not only possible, but also grammatically correct. Most of the world will not notice, and again, those who do, will be pleased, and increase their emotional engagement with your brand.

We group things easily, even when they are irregular forms

Is it for marketing? So you can segment your audience correctly?

Gender is an obvious way to start to segment an audience, and in some cases there are good reasons to split your market by gender. Men are far less likely to be purchasing tampons (although there are some men, both cis and trans, who may purchase these for themselves or others), women are less likely to be buying an after shave (although again, there are variations within that, some women prefer after shave over a perfume).

I’m marketing to Men and Women, so do I need to ask about any more genders?
Most definitely yes. The notion of a sex divide as a biological construct is nowhere near as binary as our basic text books would have you believe. We don’t base our world views on the school books we read at 10 years old, so why suppose you were taught then all you needed to know about sexual dimorphism in humans at that point of your schooling? For more details there is an excellent Nature article on the spectrum of biological sexual characteristics.

How do I do this without making life hard for all the people who are Men or Women?
You want to make it easy for everyone, not just for those who are privileged to identify within the gender binary.

There are a couple of options. Remember that “prefer not to say” is not a good catch all option for genders outside the binary - people may want to say, but don’t have an option which reflects their gender identity.

Option 1 - A Free text box
A free text box - that requires everyone to type in their gender. This is good for people who identify outside of the binary, but can be a bit daunting for people within the gender binary. It also means you need to be comfortable grouping free text entries (such as “Male, Man, Mail”) in your data.

Option 2 - Radio buttons
Radio button options for genders, with four options - Man, Woman, Non-Binary, Prefer not to say - this allows people to define their gender, or not say. The reason for using Man and Woman over Male or Female is to acknowledge gender as a social construct. Radio buttons make the data collation easy, ensuring that your data is easily grouped and examined.

Option 3 - Radio buttons with a “Specify” option
Radio button for genders with two options, Man and Woman, and then a button for Specify, where there is a free text box to enter gender. Make it optional, and you don’t have to have “Prefer not to say” as an option.

This is what we use in ThoughtWorks internally within our systems for identifying Gender. It gives good clean data, and allows anyone outside of the Gender Binary to express their identity clearly.

So how do I group these genders?

Ok, you’re now bought into the idea of asking about more than two genders, but you’ve got all of this data to pull together for your diversity reports. How should you group this wonderful new data?

There are a couple of suggestions for the grouping - the one we use at ThoughtWorks is:  There are other options for Non-Binary, you can use Non-Conforming, or GenderQueer - all of these are both specific genders and a way of grouping genders.

Why don’t I just use “Other”?
Using “Other” as a descriptor for Gender, gives a sense of dismissing anyone who identifies outside of the gender binary. It does not feel like you are included in the options at all. This may feel a small thing, but these micro-aggressions against your chosen gender build barriers and a sense of disengagement. The difference between being listed as “Other” and as “Non-Binary” will be noticed by anyone reading your reports and graphs who identifies outside of the binary, and your staff and customers will feel more engaged as a result.

At first glance there are two types, as you look closer, more types appear.

So what’s the benefit for me for doing this?

These changes are all quite small, but they have a big impact. We are starting to see companies reap the benefit of making these changes, and as always the early adopters are getting the big wins. Because if you’re a Cat in a Dog and Penguin world, being able to say you are a Cat is an unexpected delight.
Blogs relacionados
Inclusividad 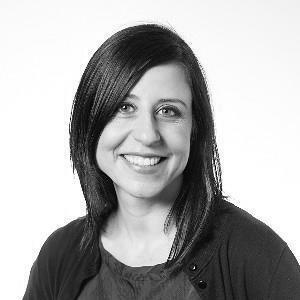 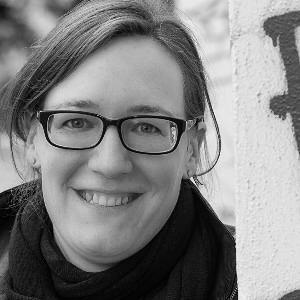