Over the past few years, software designers have been iterating on methodologies to make large-scale digital design repeatable and scalable, such as Atomic Design or design systems, optimizing for tools such as Sketch. But a robust design system’s impact is diminished if the development team is unaware of it or does not implement it.

Software developers have been spending equal time honing frameworks for creating living style guides to visualize and reuse UI patterns, plugging in to new user interface libraries such as React. However, a style guide becomes a burden when it falls out of sync with the latest designs or with the actual application.

The problem is that these cutting-edge methods and tools target only one side of the craft. A gap continues to plague Web design and development. And in the middle is a one-way hand-off that lacks consideration for both sides.

On my most recent project, I worked with a team of User Experience (UX) designers and User Interface (UI) developers in an attempt to close the gap. We were charged with designing, building, and scaling a user interface with a consistent visual and interactive experience across multiple front-end applications for a large enterprise project. Along the way we merged ideas from design systems and style guides with modern UI development thinking, resulting in a successful, component-oriented approach to UX design and UI development. In this article, I’ll share the process, philosophy, and practices that we used.

One of the primary keys to our success was strengthening that crucial hand-off point. However, doing so first required a change to our mental model of the core unit of design and development.

“Components let you split the UI into independent, reusable pieces, and think about each piece in isolation". (source: Facebook)

source: A Hello World component from the React documentation.

The developer-focused ideas that are driving the component architecture in Web applications are not new to designers. Designers can draw a parallel between frameworks like Atomic Design and the popular concepts coming out of the React community. Even the term 'component' is getting use in the design community. Designers are already accustomed to breaking down a UI into hierarchies and designing for consistency.

What’s new is the emergence of a common language between designers and developers. Without it there has been a barrier to communication and understanding, manifesting itself in conversations like this:

What the designer says:
“Make this new feature look like the drop down menu in this mockup.”
“And when it’s clicked, it should ease down naturally.”

Though both the designer and developer are thinking in a way that makes sense to themselves, they’re speaking different languages. As a result, the conversation’s fraught with misinterpretations and mistakes.

If we align on a common language that conversation could change. It could become more straightforward and less error prone.

So, the first goal on my recent project was to adopt a common language, based on components, across both design and development. More importantly, rather than a component referring to a static object in Sketch or Illustrator, we wanted it to refer to a real, working piece of software.

We found it useful to distinguish between two types of components from a design perspective to help us separate concerns:

This distinction helped us scale by leaving space for UI developers on the design team to elaborate on intricate interface details in Foundation Components, while allowing application developers to compose them into larger components at the same time.

Breaking down design and UI development like this leads to some interesting questions: These challenges forced us to develop to a workflow that could scale to many teams while producing consistent, easy to compose Foundation Components.

The design team’s guiding principle was to use real, working components as the primary means of sharing the UI with application developers, instead of more traditional design artifacts such as wireframes, mockups, style guides, or prototypes. While we continued to design using these existing tools, we immediately implemented React components that could be directly used in an application and then fed back into new designs.

Over time, we converged on the following workflow. It is a circular flow marked by tight feedback loops between designers, UI developers, and application developers.

A designer starts by designing a part of the experience, keeping in mind the overall context of the application and the current components available in the design language. This might result in a simple, hand-drawn sketch like this shopping cart.

You will notice that this is only a partial design, zoomed into only one aspect of the overall shopping experience. Designing by way of lightweight, hand-drawn sketches may feel uncomfortable to you, but helps to avoid heavy, expensive up-front design.

As an application design materializes, break it down into its composite parts, its components. Think: “What are the consistent building blocks here that have meaning in the overall experience?”

The exploded views below represents a possible breakup of some of the components for this shopping cart example. There are some Foundation Components that we will be reused many times throughout the application: Heading, BodyText, and Currency.

And there are some Application Components that are more complex, and composed of other components: CartItem, and CartItemList. These may only be used in this one part of the experience.

But, this design has something new, a new candidate component: a button.

The designer collaborates with a UI developer to isolate core UI elements so that they can elaborate on their structure, appearance, and behaviors. In a component architecture, components are independent and reusable across various contexts. Isolating a component from its original design helps ensure that it is decoupled, while still being connected to the overall design. The result of these steps will result in a specification for a new component to be coded.

In our new design, we actually have three buttons.

While you may be thinking, “It’s just a button”, there is actually a lot to uncover. What often seems like a simple element actually has many aspects to consider. But it helps to be disciplined at constraining scope and avoiding future-proofing. Consider the technical implications of a design. Pairing a designer and UI developer helps to ground the designer’s designs with the realities of development. Drive at the minimal amount of work necessary to produce a useful component, leaving out things that you don’t need right now.

Our new Button Foundation Component is a simple case. It owns the logic of choosing its CSS class name based on a given 'type' property, while allowing the application to provide a callback through the 'onClick' property, which will be invoked when the button is clicked. The Button does not know what to do when it is clicked, except that it needs to call the function provided to it by the application, which will be different for every use.


Abstracting the component behind a small, but flexible, interface makes it easy for both designers and developers to discuss it. Rather than fussing over which class name to use or which jQuery plugin to run, the application developer’s focus shifts to composing the Foundation Components with their application-specific components and logic to deliver business value.

Don’t overlook the power of using a component over plain HTML, CSS, and JavaScript. Far too often, interfaces are broken because a CSS class name is renamed or a jQuery selector is mis-typed. When you build your application using components, those problems disappear.

Over time, a rich library of Foundation Components, driven by your particular use cases, will be built up and fed back into new designs. But how do you manage this component library? How do you talk about it? How do you make it valuable?

Treat Foundation Components as a product

As we followed this workflow, we needed a way to talk about what we were doing and why we were building the UI this way. So, we crafted a value statement for our component library:

“The UI component library is the expression of the visual and interaction design for the product. It enables teams to build consistent interfaces quickly by giving them the building blocks for their applications. Application developers focus on implementing complex business logic, rather than fussing over user interface details".

Defining the business value for the library of Foundation Components helped to make the case for more product-centric processes, ensuring success. Because it was more than ‘some technical thing', we were able to create buy-in for a work-intake process, quality assurance, and an ownership model. We would not have been as effective at driving adoption and iteration of the process if we had treated the component library as a purely technical solution aimed merely at reducing duplication.

We also knew that, as a product, it was crucial to delight our customers, who were mainly application developers. They needed to be able to easily connect the Foundation Components to application logic and quickly deliver value, without becoming overly dependent on the design team. We put a lot of effort into making it as easy as possible for application developers to understand and use the components, even while we were in heavy development. Some of our practices were:

We also used the amazing library react-styleguidist as a development environment while creating new components, and then as a documentation and component showcase site for everyone consuming the library. Highly recommend!

Reflections and the future

While we considered our approach a success, it was not all roses. At the end of the day, there remained two sources of truth for a component: the original design artifacts housed in a design tool (usually Sketch); and the React components housed in the foundational component library. We often ran into problems because those could still get out of sync.

The most common problem we experienced was accidentally using a Foundation Component in a new design in a way that was not yet supported by the component. We would often realize that too late, when the application team was trying to use it, causing integration pain and back-tracking on the design.

This space is constantly improving, and the potential here is huge. I’m especially excited about a new tool from Airbnb called React Sketch.app, which allows you to render React components to Sketch. There are also others in the community talking about this intersection between designers, developers, and components. I can imagine a not-too-distant future in which the line between design and development completely fades away, and we are collaborating using the same language, abstractions, and tools.

(Much love to my colleagues Angelina Cole and Matthew Brown for their help and feedback while crafting this article.)
相关博客
全球医疗 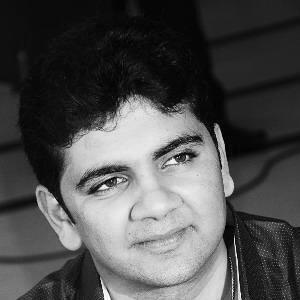 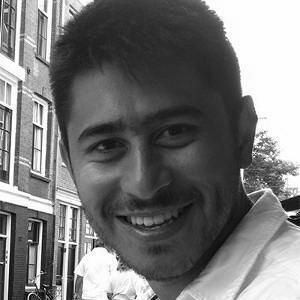 User Research Will Destroy Your Product 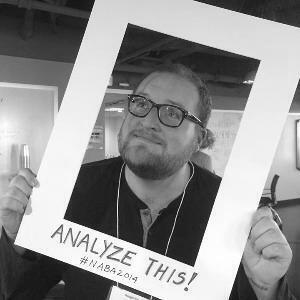